What is N2 Lewis Structure and n2 lewis dot structure? What Is The Difference Between 2n And n2 in the n2 lewis structure?

Important information on N2 Lewis Structure and n2 lewis dot structure can also be gained through this Video!

The Lewis Structure shows the positions of each of the atoms and also shows the molecular bonding of the element or the molecule, using its chemical symbols. The electrons which are bonded with one another are shown by drawing lines, and the excess electrons, which forms the lone pairs are shown with dots. 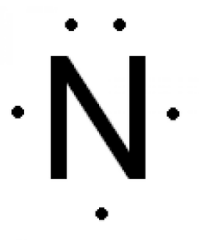 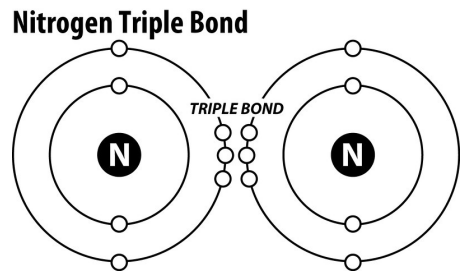 Nitrogen is a triple bonded molecule. Since Nitrogen belongs to the diatomic molecule in the VA family, on the periodic tables, which means that the valency of the molecule is five, therefore, it needs three more valences of electrons in order to complete its octet, and therefore, it is a triple bonded molecule. The Nitrogen atom, therefore, fills its octet by sharing three electrons of another nitrogen atom, with the triple bonds or the covalent bonds and thus creates, N2, that is two atoms in a single Nitrogen molecule. The formation is,

The formula of Nitrogen Gas is,

Nitrogen gas is a diatomic element, which refers, one molecule Nitrogen is consisted of two atoms of same element with three covalent bonds.